What Is GitHub & Why Do Developers Use It? An Introduction to GitHub 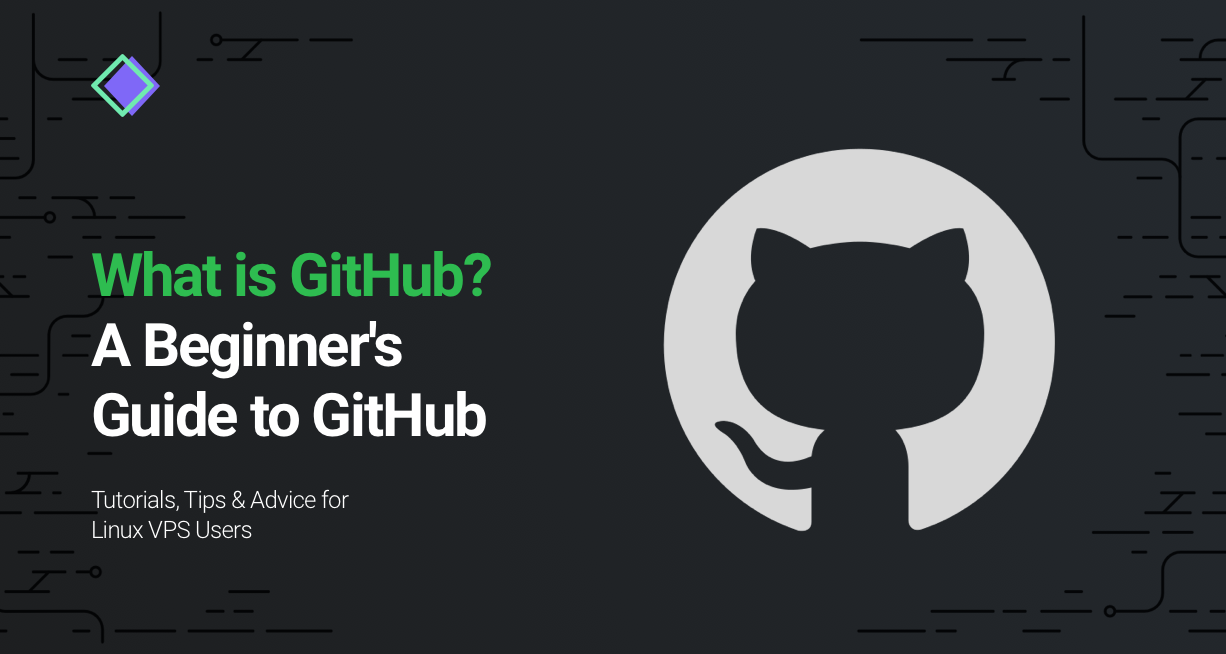 GitHub is a platform that’s been very popular with the coding community recently. It’s an open-source code hosting site that helps developers store and manage their code. It offers distributed version control through the Git system, as well as its source code management.

As a company, GitHub Inc. has existed since 2008 and has raised millions in investments to this day.

What Is Version Control?

The class of systems that helps software developers track and manage changes to computer programs, websites, documents, or other data, is known as version control.

Developers constantly make improvements and changes to a software’s code after creating it. With every update, they come up with a new version of the software’s first officially released code.

The job of version control systems is to maintain these version updates by saving the changes in a central repository, that is, a location where all the files for a particular project are stored. This process makes it easier for developers to work together on the versions. They can download versions from the repository, change them, and re-upload the new version they’ve created. To keep track, these changes stored in the repository can be accessed by other developers at any point.

As the name suggests, the version control system upon which GitHub is based is Git. Git is an open-source system created by Linus Torvalds, the creator of Linux, back in 2005. Back then, it began as a command-line tool in the Linux kernel.

This system works in a way that lets developers change their own local copies first, and after that, they register these changes to the central server. This procedure makes it easier to work with more detailed changes, because each time a developer wants to enact a change, it isn’t necessary to establish a connection to the server in order to do so. In this way, it also speeds up the working process, even though for developers who’ve always worked with other version control systems it can take some time getting used to.

So, What Is GitHub?

GitHub is a business that provides hosting for Git repositories.

It is a service for source code management and version control based on cloud computing. It also comes with code review features such as pull and review requests, project and team management, documentation, integrations with other developer tools, and much more.

GitHub provides its users with an interface that makes working with Git much easier. This brings Git closer to developers who are still learning the ropes, as using Git without GitHub is usually reserved for more experienced coders. The Git command line still does the job, but GitHub’s client is much easier to use as a replacement for it, or as an addition.

GitHub’s user-friendliness has actually inspired users from different backgrounds to work on it for a variety of projects such as book writing, managing documents, and more. It’s mostly popular in the open-source community, but as we said, creating a GitHub account is easy and available to anyone who wishes to host a public code repository free of charge.

In order to remain profitable, GitHub sells hosted private code repositories and on-premise instances of its software to various companies.

The term “social coding” is sometimes used to describe what GitHub does.

It provides an open platform for developers that lets them share and work together on open-source code, enables them to find the code they can make use of easily, retain a copy of the repository for their personal needs, and modify projects others have been working on as well.

Because of this, virtually all important open source projects have found their way to GitHub by now.

Apart from its obvious usefulness when it comes to teamwork, individual users can also make good use of GitHub.

For one thing, its repository is already in use by non-developers too, from individuals who use it as their personal file storage to engineers, poets, writers, and so on. Nothing prevents you from using the GitHub repository for your personal needs and with all types of files, not just code, even though the code management feature is its most common use.

Of course, even if you do work with code, you don’t have to be part of a team of coders to be able to use GitHub. The Hub lets you get your individual creativity in many different ways. You can find a plethora of open-source projects in need of coders on its community webpage. Whether you’re an experienced coder or a programming student, you can search the GitHub community for projects that suit your area of study or expertise, as well as your knowledge level.

One way to contribute to the community by yourself is through the so-called “forking”.

This is when you take an existing project on GitHub that someone else developed in the past and use it as an inspiration to create your own. A very open-source practice in itself, forking makes it easier to maintain program development through extended time periods.

When you find a GitHub project you wish to add to, you simply fork its repository, modify it, and then contribute your own changed version as another repository altogether. In case the existing version of the project’s repository you forked receives updates by its original creator, you can add these updates to your own forked version. You can even ask the developers of the original project you forked to recognize your changes and include them into their official repository by creating a pull request.

There are even projects on GitHub’s community page that don’t necessarily require contributors to have coding skills. One good example is the League of Moveable Type project, which engages designers in font development.

How To Use GitHub & SSD Nodes

On GitHub, you can create different accounts by type, with the free and team types by using their public repository. If you’re using the GitHub Enterprise option, which gives you business level functionalities, you can opt for a self-hosted GitHub version which you can deploy on a cloud server.

With GitHub runners, the applications that run jobs from a GitHub Actions workflow, you can also choose whether you want to use them in their hosted virtual environments or self-host them in your own environment.

Here at SSD Nodes, we offer some of the best value for money deals when it comes to offering cloud hosting services. Self-hosting your GitHub on our cloud provides you with a bigger level of control over the hardware and software tools provided by GitHub hosting.

Cloud-hosting your GitHub runners, for example, enables you to set up a custom hardware configuration with stronger processing ability and memory to run bigger jobs, install apps that you can find locally, and pick an operating system that GitHub-hosted runners don’t offer.

Getting Started With GitHub

To start with, you can create a free GitHub account right away. It’s as simple as providing your email address, a username, and a password.

Once you have an account, the first step would be to create your very first Git repository to store your code (or any other file). To create a new repository, click on the + sign dropdown menu and select New Repository.

From the available options, you can give the repository a custom name to start with, since it’s the only required field.

After naming your repository, click on Create repository, and you’re done. You’ve created your very own GitHub repository.

From there, you can proceed to add files to it, make branches, and more. You can read the Hello World guide if you want to know more about how to start using GitHub and the most used actions you can take from there.

We hope this post helped you understand what GitHub is and how you can make good use of it! Whether you're an experienced developer or just want to experiment with building something for the first time, we highly recommend incorporating version control into your workflow with GitHub.