VPS Comparison 2021: Linode vs DigitalOcean vs Vultr vs SSD Nodes 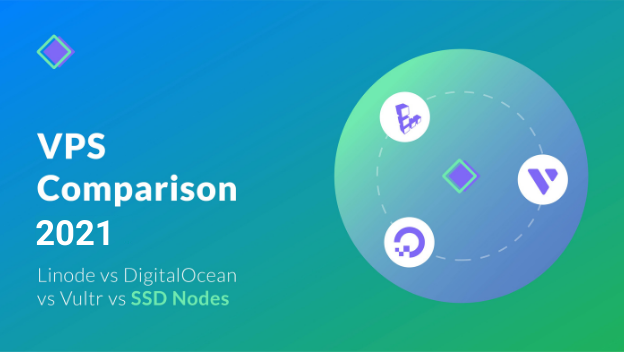 Or maybe you are curious how a more budget-minded option like SSD Nodes stacks up against the big three?

In either case, our 2021 VPS comparison has all the answers for you!

Wait! I'm not sure what a VPS is. Click Here!

No problem! Just head over to our What is a VPS? article to learn all about them. Then come on back here to compare VPS plans from some top providers.

2021 VPS comparison: Linode vs DigitalOcean vs Vultr vs SSD Nodes

In this article, we'll take a look at the 16GB unmanaged VPS plan from DigitalOcean vs Linode, Vultr, and SSD Nodes. We'll compare each provider's option on a variety of criteria:

To keep things fair, we'll focus on the basic VPS option from each provider.

DigitalOcean calls theirs a Standard Droplet. At Linode, it's a Standard Linode. And at SSD Nodes, it's our Standard VPS. So there's not a lot of creativity in the naming department!

Here are a few other things to note:

Let’s look at the baseline offering for the 16GB RAM plans from these providers.

The basic stats on these plans are pretty comparable.

DigitalOcean and Vultr are a little behind on the transfer allowance vs Linode and SSD Nodes. And if you unexpectedly go over your allocation, then you'll end up with a surprise in your bill at the end of the month.

SSD Nodes offers a bit less storage and CPU but SSD their price is over 93% less than the other options. So when you compare the per-unit value of those resources (as we'll do below) you'll see that it's off the charts.

The best SSD Nodes price (which you see here) requires a 3-year contract up-front, but the cost of those 3 years will cost you the same as 3 months with DigitalOcean, Linode, or Vultr (~$240).

VPS comparison: Who offers the best value for your dollar?

One of the most essential considerations when comparing VPS plans is how much value you get for your money.

How much stuff do you get?

How much bang for your buck?

Who gives you the best return on investment?

Let’s do some calculations based on the numbers in the above table. That will show us which VPS provider offers the most resources in exchange for every dollar you spend with them.

RAM is the cornerstone of the overall performance of any VPS.

You want as much RAM as you’re willing to spend. Having a good overhead of RAM will let you run more applications concurrently before you run out and have to resort to swapping. Yuck. Once that happens, the sites and apps you depend on are going to slow to a crawl.

When you compare Linode vs DigitalOcean (or Vultr), you'll get 204MB of RAM for every dollar (in one month).

SSD Nodes, on the other hand, gives you over 3,200MB of RAM per dollar—that's over 11x more RAM for every dollar you spend!

Of course, RAM is very important but it isn't the only resource that matters. So let's keep moving...

Disk space has endless use cases from large-scale databases to mission-critical backups to pictures of your cat Linus. Having a lot of disk space is great, but you also want to make sure you’re getting a good deal—particularly if you don’t plan on filling your VPS with hundreds of Gigabytes of data.

Here we'll calculate using GB and you'll see that—once again—DigitalOcean, Vultr & Linode come out in a dead heat at 4GB per dollar, and Linode at 8GB per dollar. (Linode increased its storage from 320GB to 640GB increasing its storage/dollar from 4GB to 8GB.)

SSD Nodes does offer less total storage space, but at 49GB per dollar,* they still deliver 6x the value for your money. So, if you're not planning to need ALL the storage that the others offer, there is tremendous value there.

*(SSD Nodes also upgraded its storage from 160GB to 240GB, thus increasing the dollar/storage from 24GB to 49GB.)

Transfer refers to how much data can go into and come out of your VPS in a given month.

Every time someone visits your website to stream videos of your grumpy cat, for example, you'll use a certain amount of transfer to send them the data makes up the video. While the average user likely won’t need all of their allotted transfer in a given month—even one terabyte is quite a bit—it’s important to know the transfer value you’re getting.

Here we finally see some differentiation-- with Linode the most monthly bandwidth among the 3 pricier options and SSD Nodes matching Linodes's generous bandwidth allocation (8GB/mo) at a much more generous price.

We’ve found that most VPS users aren’t as interested in running a single server for an hour as they are a long-term, reliable server that they can use over a long time. With that in mind, it makes sense to consider the total cost of ownership for the 16GB RAM plans with each provider.

When looking at these numbers, it's important to remember that each of these options are offering a nearly identical base product, in terms of what you get for your money. They do each have slightly different feature sets, some dashboards may be more intuitive than others, they offer different backup options, etc.

But three of the four are offering identical pricing, while the other could save you over $2,600 in just 3 years.

What do their customers have to say?

When you're dealing with unmanaged VPS services, customer service isn't always a strength. Just check out Reddit for endless threads on that topic.

But that's not to say that all these companies are created equal. A quick glance at some major review sites will let you know how their customers feel about the service they're getting.

We'll just leave these numbers here for you:

I hope you have a better understanding of how each player in the Linode vs DigitalOcean vs Vultr vs SSDNodes VPS comparison stacks up.

The raw numbers don’t lie. And neither do the customer reviews (hopefully!). 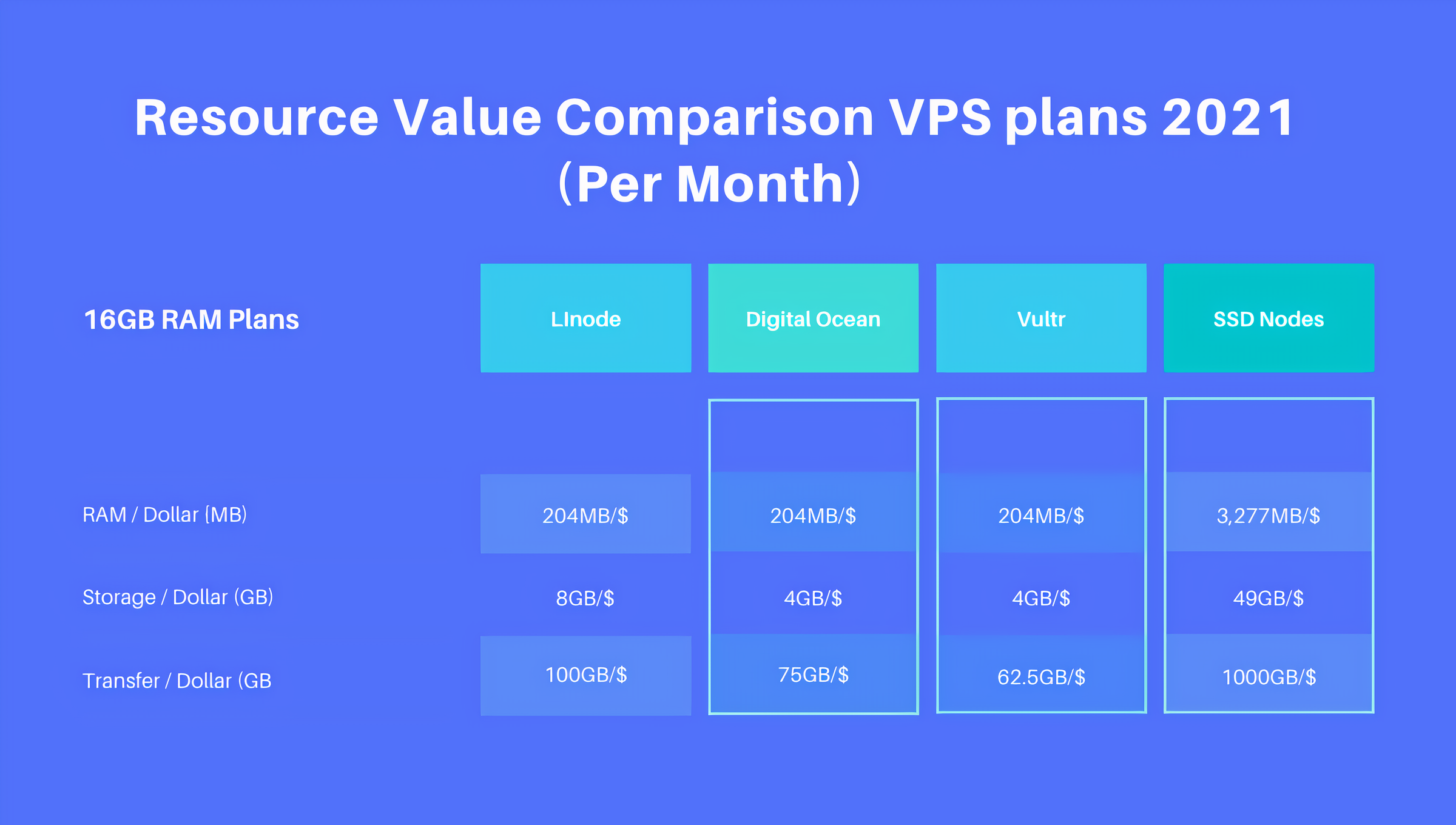 We’re quite happy with how SSD Nodes stack up here.

Not to brag, but even our monthly plans are far more cost-effective in the long term AND our customers are happy with the service we're providing.

For what you'd pay for 3 months of 16GB RAM VPS with Linode, DigitalOcean, or Vultr you could lock down 3 years with SSD Nodes.

>>>Click here to see that 16GB plan and check out all of our other incredible deals Whether you’re at the beginning or end of your VPS research journey, we hope this comparison has been useful. There’s nothing worse than being wasteful—especially with your hosting costs. Be sure to check out our full lineup—we’re the best value in cloud hosting. 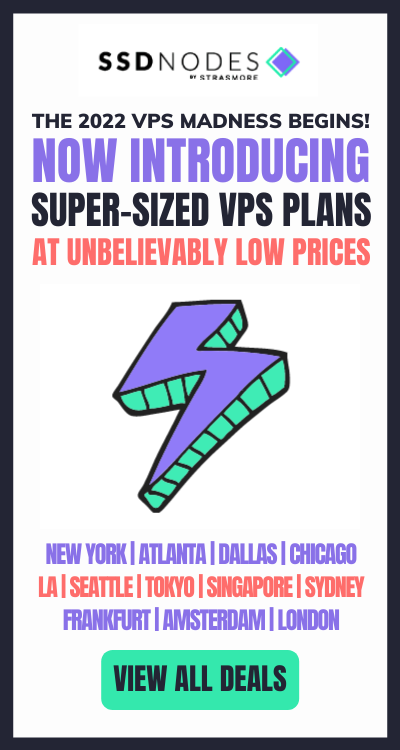