The Road to KVM 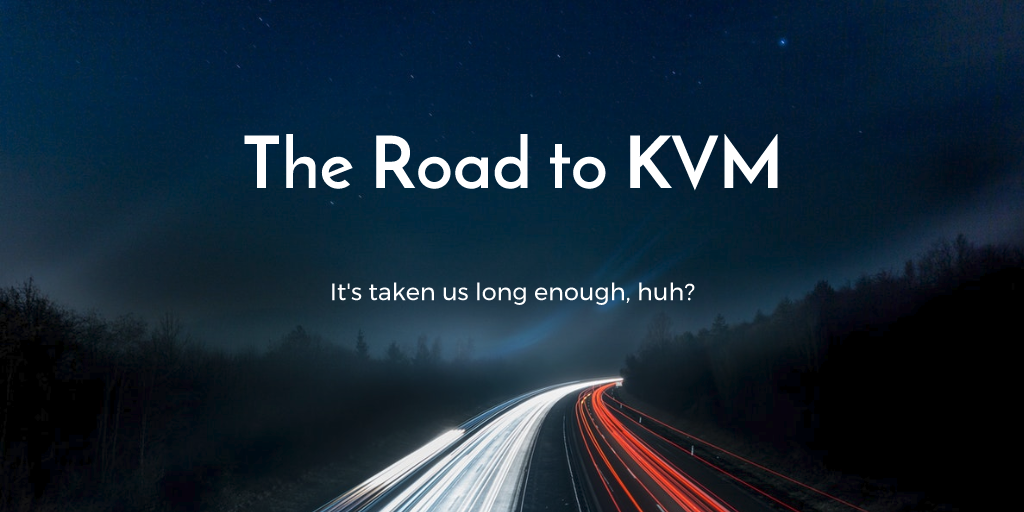 The road to KVM (kernel-based virtual machines) hasn't been an easy one, but as of today, we've officially launched the public preview for our KVM offering. If you're interested in trying it out, check out our KVM public preview page.

Back in June, we made the first official announcement that we were working on a KVM option for SSD Nodes users. We didn't quite hit our goal of having KVM ready by the end of July, but we wanted to make sure we were making smart moves, not just fast ones.

After a smooth-sailing private beta of the KVM platform, we're ready for the next step. With this sale, we're opening up the platform to any SSD Nodes user who wants to get KVM at a steal while we finish testing various edge cases and integrate new features.

Wait, what about containers? 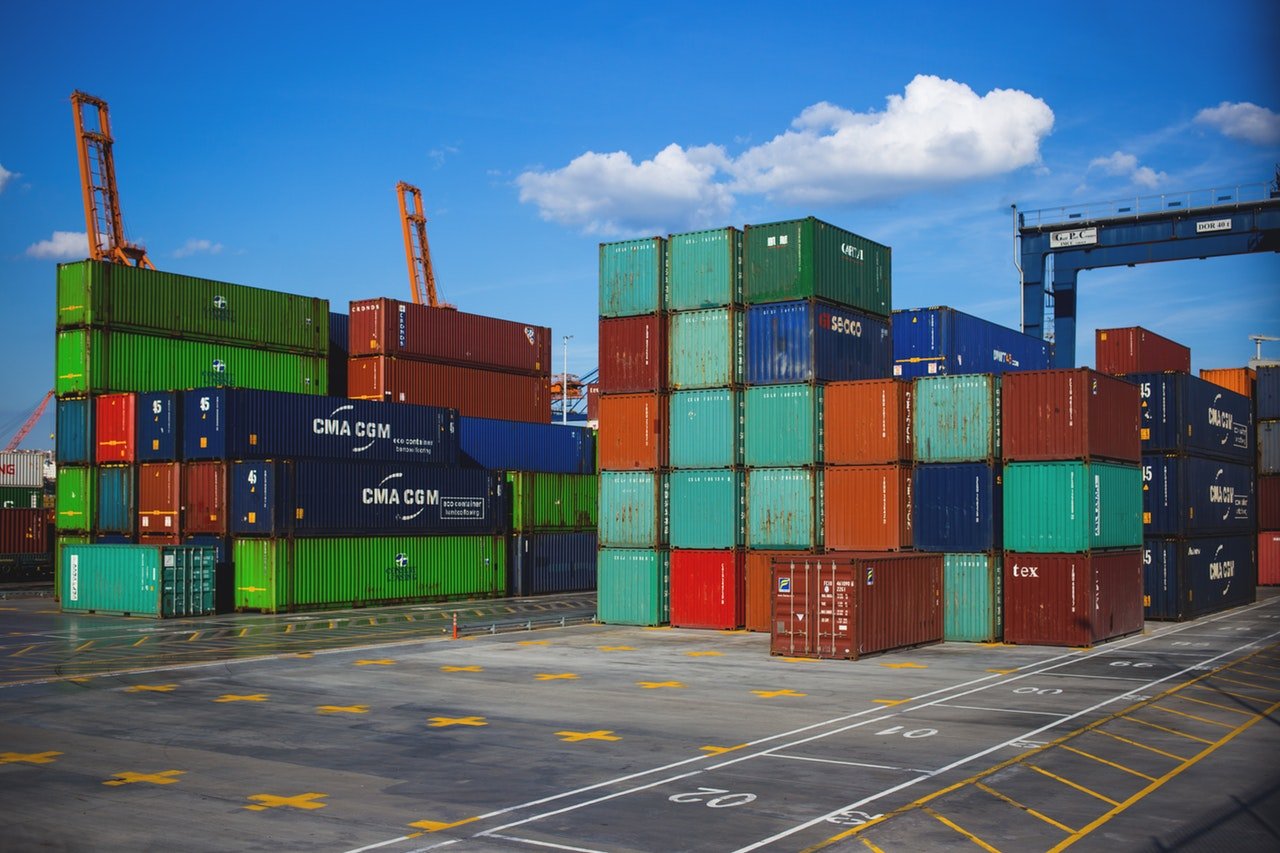 For the last six weeks, we've talked a lot about our Virtuozzo 7-based containers platform. These containerized servers have an updated kernel compared to OpenVZ (3.10.0 vs. 2.6.32), allow users to use Docker, and have some performance tweaks and other nice customizations that OpenVZ lacks. They're based on fascinating technology that allows us to offer you a wider featureset at the same price.

We thought these containerized servers would be enough to help our users experiment with new technologies, like Docker. We were wrong.

Almost immediately, our users—savvy developers at all levels—began to show us the limits of these containerized servers. We received support tickets from users asking why they couldn't run Docker Swarm or Kubernetes, or why we couldn't enable a specific kernel module to support their application. When emailing those using these new servers to get their feedback, more than once we heard back: "These are great, but I'm still looking forward to KVM!"

Despite quickly realizing that our customers wanted, and deserved, more, we still believe that deploying the containerized servers was a risky, and ultimately successful move.

And that's because we learned from the process. We learned an astonishing amount about our users and their needs, about building a platform that offers the latest and greatest, about the datacenter companies we work with on a day-to-day basis, and about the features our users want and need. But, more importantly, we proved that we could build a new platform that lets our users do more with every dollar they spend on their hosting.

So, what's KVM, after all? Why should I care?

KVM servers operate on fully virtualized hardware. That can be a tricky concept to understand, particularly compared to how OpenVZ (and Virtuozzo Containers) operates, so let's take a moment to clarify.

On an OpenVZ host, many different servers share the same kernel and libraries, but operate independently of each other. This makes OpenVZ really fast, and saves RAM/CPU, but means there's no flexibility when it comes to kernel versions or more complex setups.

KVM, on the other hand, involves a big host splitting up its resources into a number of independent virtual servers. One host with 512GB of RAM could virtualize 64 8GB servers, for example. The operating systems (OS) on each these servers "see" the 8GB of RAM allotted to them and operate as though they're running on bare hardware with those same specifications.

That's where virtualized comes in—the 8GB of RAM is virtual, not real. So, unlike OpenVZ, each of these servers boot up their own OS independently, with their own kernel, libraries, and everything else. This means being able to run any OS, use custom kernels, enable specific modules, and much more.

On top of this, KVM has been in development on a number of fronts for a very long time—it joined the Linux kernel back on February 5, 2007—which means it's a mature, highly-developed technology. And even if you don't need all these unique features, all those years in development equate to stability.

The road beyond KVM 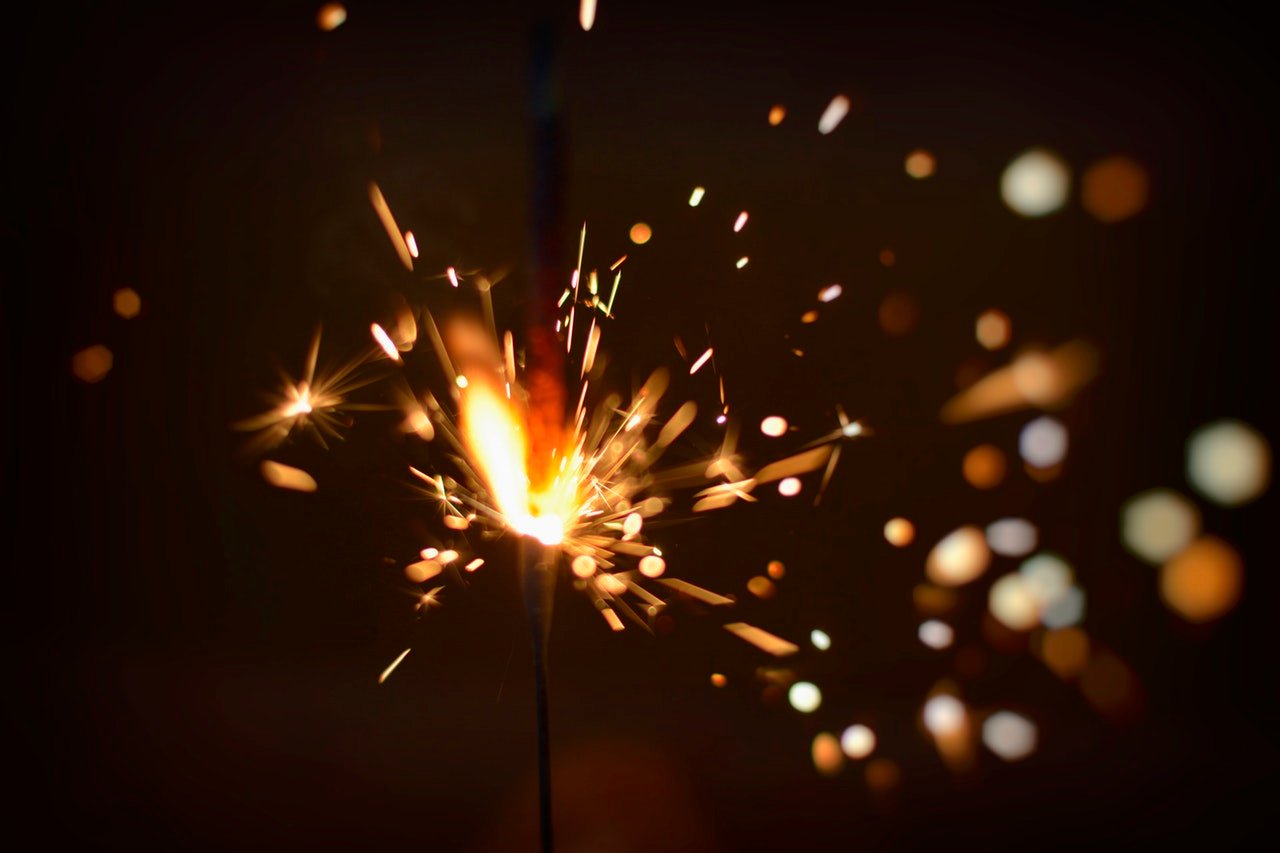 First off, we're taking a moment to take a deep breath and celebrate how far we've gotten in the last few months. Sparklers might be out of the question, unfortunately. And then we'll get back to work, because there's still so much to do.

We're currently working down the roadmap to a feature-complete version of the KVM platform. Those who hop into the preview now will get in on the ground floor and lock in extraordinary prices—we’re talking 75 to 85 percent lower than DigitalOcean—so we hope you'll give it a shot.

Beyond that, our first goal is simple: make our customers happy, no matter what platform they're on, and no matter what they're trying to accomplish.

TheCaptainP, a user at Low End Box, recently wrote a really nice note after we announced our most recent LEB containers sale:

I started using SSDNodes in 2015 and since than I had zero issues. The reason I was looking for a new VPS provider was the last had some bad software updates to their servers that made me stay awake for almost 3 days. I bought the 8GB RAM offer on LowEndBox and to be on the safe side I bought another plan and still ended up paying less than previous provider.

That's the kind of note that makes us work harder than ever to offer the best possible service we can. If you'd like to let us know what you're thinking, we're happy to hear your thoughts—let us know in the comments.