NVMe VPS vs SSD: Why does the upgrade matter?

In our last NVMe cloud hosting piece, we talked about the difference between NVMe drives and SSD drives on an architectural, hardware, and performance level.

While those might sound great—who doesn’t want up to 10X performance?—but it might be hard to understand what value you actually get out of that. Doubly so if you’re not running a traditionally resource-intensive application.

Improving your server performance, and thus the responsiveness of your website or application, isn’t just about lowering an artificial page speed figure. There are other tangible benefits, but they’re not quite as easy to put into numbers. Let’s talk about some of the most significant ones.

Most websites exist to convince a visitor to do something. That’s a conversion. The conversion action itself can vary wildly, from signing up to an email list to purchasing a car, but the goal is always the same.

People building or maintaining those websites should be looking for any opportunity to increase those conversion numbers. What many don’t know is that slow page load times could be negatively affecting their conversion rates.

Check out this quote from Neil Patel, one of the experts on search engine optimization:

Nearly half of web users expect a site to load in 2 seconds or less, and they tend to abandon a site that isn’t loaded within 3 seconds. 79% of web shoppers who have trouble with web site performance say they won’t return to the site to buy again and around 44% of them would tell a friend if they had a poor experience shopping online.

Unbounce backs this up with a study that shows 1 in 5 visitors will abandon their shopping cart they perceive pages load too slowly.

They also recommend that you drop load time beneath 2 seconds for every page in your transaction funnel. If you’ve already done a ton of speed optimization but are still trying to figure out how to get your conversion rates to the next level, NVMe’s raw speed might be the answer.

Speaking of perception—you want your website/app to not only be fast, but also feel fast. Why do you think web apps (and even some sites) utilize those little loader screens everywhere? They want to give you the feeling that the app is working hard, and quickly, to render the next window.

On a website, faster servers mean faster page creation—the time between your server receiving a request for a page and returning a glob of HTML for the browser to start parsing through and rendering. For dynamic sites that use a content management system (CMS), page generation requires many database queries. Each of these can be rapidly accelerated using NVMe’s roughly 6X faster read performance.

Naturally, page generation speed is just part of the equation—your visitor will also wait based on the complexity of your pages and the volume of images, CSS, Javascript, and other assets you’re using. Improving that aspect of site performance depends more on your design choices and how you’ve developed the site, and less on the server’s raw performance.

Because web apps are dynamic by nature, an NVMe VPS should dramatically improve the experience. With 6X faster database queries and 60X faster IOPS throughput, a web app will most certainly feel “snappier”—more like a desktop app than one running in the browser.

Because even though we like all those little loaders, we’d rather not see them at all.

Data about bounce rates and conversion rates aside (more on those later), just providing a smoother experience for visitors or users is going to improve engagement and make for happier users across the board.

Visitors don’t just abandon their carts when pages load slowly. They also click the back button and look elsewhere, or close their browser entirely. When they look at only a single page and disappear, that’s called a bounce, and it’s never good for a website.

Reducing bounces is also a matter of offering quality content and utilizing eye-catching design choices, but page load times play a big part. Check out this infographic from section.io:

Reducing load time to around 2 seconds not only reduces bounce rates by over 22%, but also convinces users to visit nearly 3X more pages in a single browsing session.

Pingdom, which makes website performance monitoring software, saw a similar result after aggregating data from more than 35,000 ecommerce sites that they monitor over six months.

It’s easy to backtrack and see how reducing bounces and improving pageviews will, in turn, improve conversion rates. But lower bounce rates can also have a significant impact on your website’s search engine ranking.

And that, for most online businesses, is the holy grail.

Power up your hosting with the 10x speeds of NVMe starting at just $9.99/month.

Get a supercharged 8GB RAM VPS featuring NVME starting at just $9.99 per month at SSD Nodes. Our KVM-virtualized servers are Docker-ready, ultra-flexible and ready to deploy in 60 seconds. Start developing today!

Improve SEO across the board

All the way back in 2010, which feels like another dozen Internet lifetimes ago, Google started using load time as one of its many factors when determining result ranking. Starting in July 2018, Google began to factor in mobile load times as well, which sent webmasters into a flurry of improving mobile SEO.

Google hasn’t released any details on how important speed is to their mobile rankings, and almost certainly never will. An NVMe VPS’s 3,000 MB/s read/write speeds, compared to an SSD-based server’s 550 MB/s read, will give you the best opportunity to impress Google’s algorithm.

Considering that bounce rates are another factor in ranking, lowering those via load times should also have an impact on how your pages perform on various search engine results pages (SERP).

You should also see better dwell times—that’s “the amount of time that passes between the moment a user clicks a search result and subsequently returns back to the SERPs.” (Thanks to Ahrefs for the definition!)

The best dwell times depend heavily on having quality content so that you won’t beat your competitors there with speed alone. Pairing the two together will give you the best shot at hitting the top spot of those valuable SERPs.

If we continue down this road, more dwell rates tend to lead to better engagement with a piece, such as social shares and backlinking, both of which can dramatically boost a given page’s SEO rating.

I’m grasping at straws a bit here, and getting into less quantitative areas (SEO is the ultimate black box, after all), so let’s shift focus.

We know how an NVMe VPS can make the web browsing experience better for visitors/customers. But how can it help developers—the people behind the code?

Scale your site more before you need to scale your infrastructure

Those looking into VPS hosting over an entirely managed alternative often wonder: How do I scale on an unmanaged VPS, when will I need to, and how quickly can I do it?

Back when spinning disks were industry-standard, scaling was a significant concern for web developers and IT experts. The throughput of these disks simply wasn’t enough to handle a growing user base and an ever-complexifying web, which meant they had to scale up and pay more for additional resources.

Whether they grew organically or got hit with a “hug of death” from Digg, scaling created headaches and emptied wallets.

SSD-based servers, with dramatically faster disk speeds, helped mitigate some of this concern but didn’t eliminate it. A small SSD VPS can handle a heck of a lot more than a small spinning disk VPS, but the web has gotten a lot more involved in the last few years.

Using NVMe, with its dramatically faster raw speed and throughput capacity, is like future-proofing your need to scale early. The high throughput of NVMe means you can rack up much higher page views, whether from consistent growth via content marketing or a single burst from Hacker News, before you need to scale up to handle the traffic.

Thinking into our NVMe future

We’re just getting started with NVMe, and so are our users who have already hopped onto the 10X Cloud. In time, we’ll see even more tangible benefits emerge from this trend-setting technology. 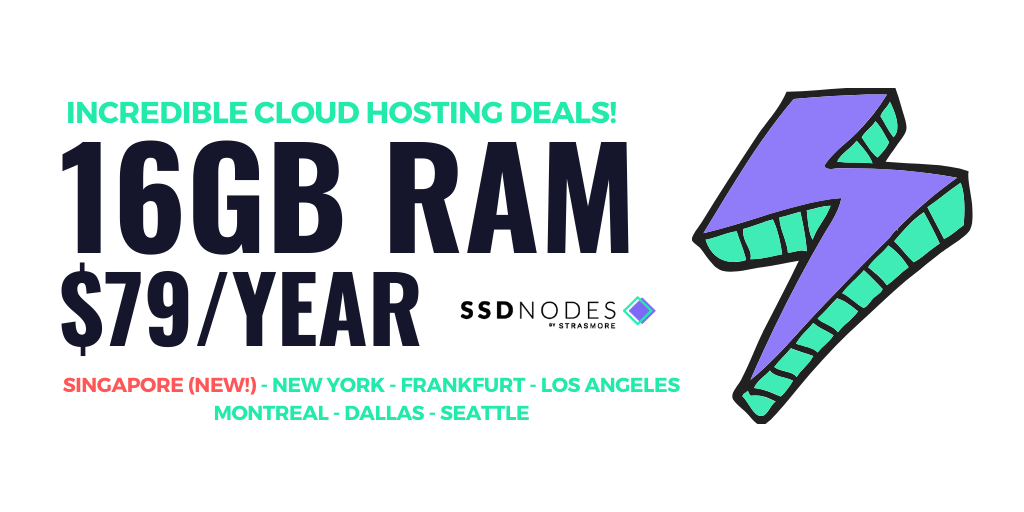 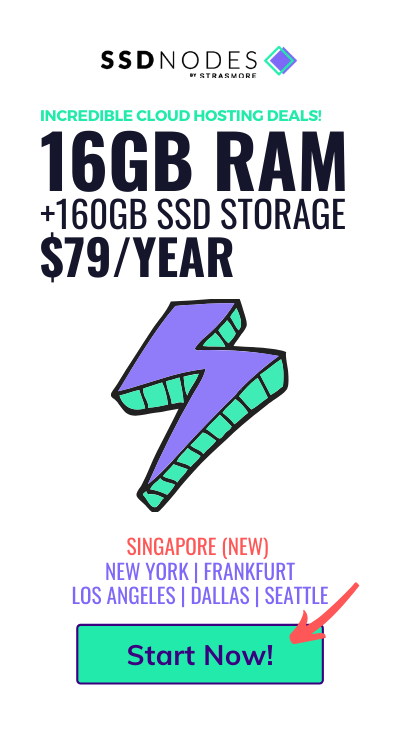