The Best Dropbox Alternatives: Seafile vs NextCloud vs Syncthing 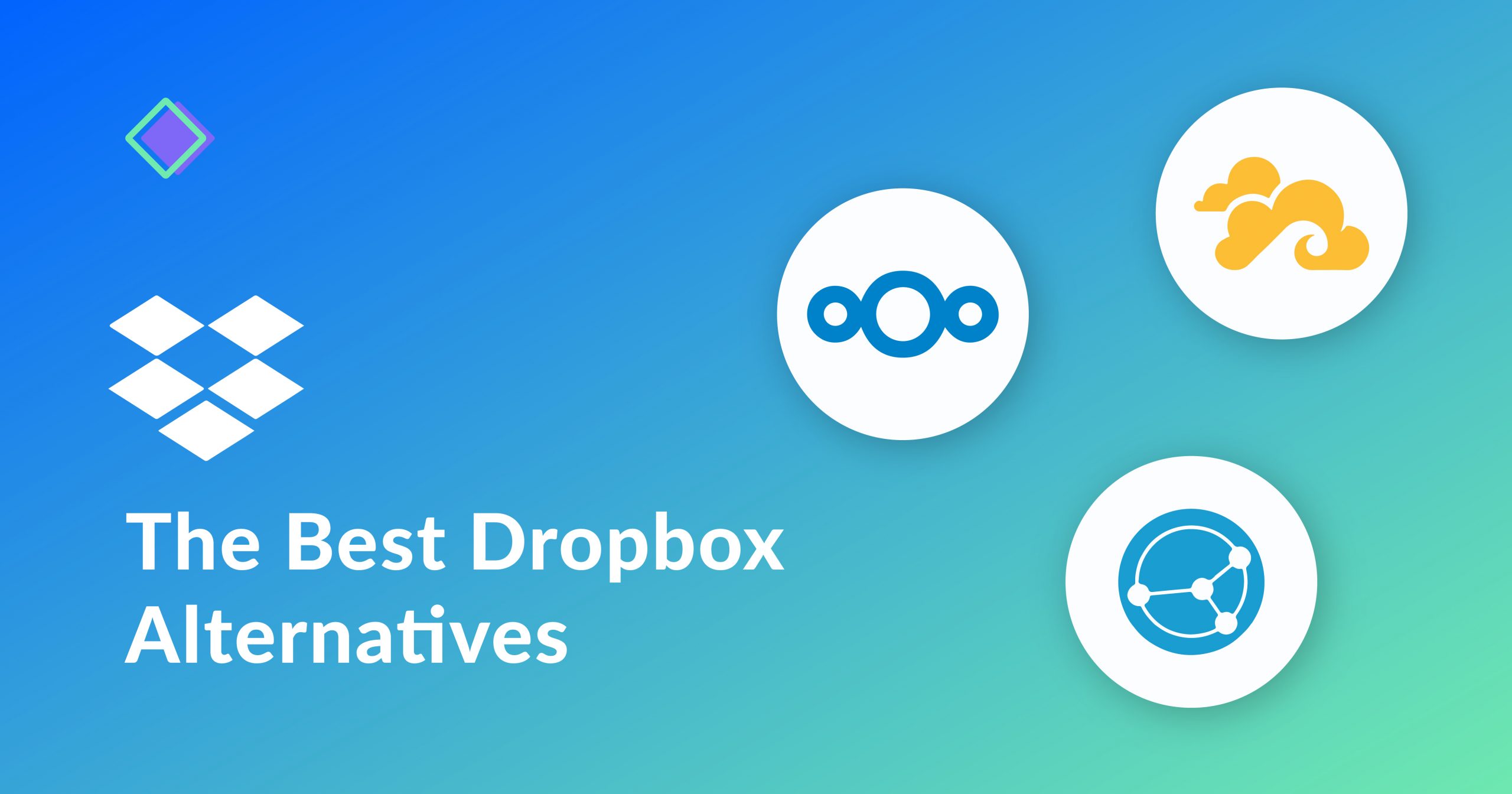 Dropbox is an extremely popular file-sharing platform that comes with a free plan but its functionality is fairly limited and might not suit everyone's requirements. So, in this post, we'll be taking a look at the very best Dropbox alternatives out there and help you find the best option...

One great way to get incredible value out of your cloud server is by self-hosting your own Dropbox alternative for cloud storage and file-syncing. But with the number of open-source solutions out there, choosing the right one for you can be time-consuming so, in this article, we compare Seafile vs. NextCloud vs Syncthing.

While there are a lot of alternatives to Dropbox out there, each of them generally fits a specific use case best. In this post, I’m going to compare three of the self-hosted Dropbox alternatives that you can install on your VPS or cloud server– let’s take a look at NextCloud vs Seafile vs Syncthing.

All three of these Dropbox alternatives are open source or have an open source option. They all allow you to access, sync, and share data across various devices. And each provides services like Audio/Video/Text chat or calendar/contact/mail integration and much more.

Let’s check out a few crucial features offered by NextCloud, Seafile, and Syncthing to which one is best suited for your needs.

Seafile vs. NextCloud vs. Syncthing

All of these file-syncing Dropbox alternatives have features to access, sync, and share data across various devices. On top of that, each of them provides services like audio/video/text chat, or the calendar/contact/mail integration, and much more.

But before we dive deep into the features, it’s important to note that Syncthing is a lightweight peer-to-peer synchronization solution. that means that there’s no central third-party server holding a copy of all your data. Syncthing synchronizes files direction between all the machines which need access to those files.

On the contrary, both NextCloud and Seafile need a centralized server (your VPS) to sync data with all your connected machines and devices.

That alone might be enough to swing you in one direction or another, but let’s get on with the features grid!

NextCloud was originally a fork of the ownCloud project, which offers both an open-source community edition and a proprietary enterprise edition. However, Nextcloud offers only an open-source version under the license GNU AGPLv3.

Syncthing has only one version, a free community edition released under the license GNU AGPLv3 initially, which they changed to MPL V2 (Mozilla Public License) at a later stage.

The convenience of deploying Docker-based applications have convinced many developers to adopt Dockerfiles and Docker images as a way of helping users install their software.

Using NextCloud’s pre-built Docker image, you can get up and running within minutes. Seafile and Syncthing also support a Docker-based setup, which means you can install any of these three Dropbox alternatives in your VPS environment quickly.

A mobile sync client lets you connect and sync files and folders between your mobile device, like a smartphone, and your server so that you have the latest versions of your data wherever you are. If you’re looking for a full-featured Dropbox alternative, I imagine that this is something you’d want.

Like mobile clients, you can sync files and folders from your desktop to the file sync server using the desktop clients offered by each of them.

All of them provide desktop clients for Windows, Linux, and Mac OS. So, we don’t find any significant differences regarding OS compatibility for desktops.

But, comparing Seafile vs NextCloud, Seafile has the edge since it offers drive and sync clients separately for desktop platforms. It also beats Syncthing in this department. Apart from desktop clients, Seafile also provides a terminal client on various Linux distributions to sync files and folders using a terminal.

Security is often the reason that drives people to look for an open-source Dropbox alternative. After all, Dropbox is a private company and, while they a major company with sophisticated security, you're still putting your valuable (and potentially sensitive) data in someone else's hands.

These solutions let you control your own data on your own server. So how do Seafile vs NextCloud vs Syncthing compare when it comes to keeping your data safe?

Seafile also offers the same level of encryptions as found in NextCloud, but it does not deliver on features like LDAP and Active Directory.

Syncthing does not employ a traditional authentication mechanism through usernames and passwords but instead uses a certificate-based authentication scheme to determine its Device ID. Syncthing then shares this ID with all the other devices that you want to connect. Beyond that, TLS security/encryption encrypts all device-to-device communication. I’d argue that not needing a centralized server is a security benefit as well since there’s no centralized location to be attacked.

Syncthing is written in Go language, which I think gives it a performance edge over NextCloud and Seafile. The web interface of NextCloud can be a bit slow on some systems, especially on ARM boxes or less-powerful machines. I haven’t benchmarked the three solutions, but my experience is that Seafile handles transfers with the best speed and reliability, especially if you’re moving large amounts of data. With NextCloud, I had the occasionally failed file transfer.

Based on my experience, I’d say Syncthing has the edge over Nextcloud and Seafile from a performance and security point of view.

The multi-tenancy feature of any cloud storage/file syncing solution is designed to help you host multiple, completely segregated customers from a single instance. One can create multiple organizations that are separated from each other, and, of course, users between the organizations can’t share files and folders.

Right now, only Seafile offers multi-tenancy, so if you’re planning to host multiple organizations on your self-hosted file syncing instance, then Seafile is your only choice

It’s important to note when comparing Seafile vs NextCloud, that NextCloud can host multiple users on a single instance, which still works if you’d like to invite friends or family to use your self-hosted syncing solution. In this case, these users all share the same database, which doesn’t offer nearly the security and segregation of true multi-tenancy.

Which Dropbox Alternative Is Easiest To Install?

Let’s check the difficulty level installing each of these solutions on your VPS.

The prerequisites for installing Nextcloud is a LAMP or LEMP stack. If you have already configured a LAMP/LEMP stack, then you only need to create a database and tweak a few settings in PHP and Apache/Nginx to complete the NextCloud installation with ease.

Seafile is written using Python, so you need both the Python libraries, along with a MySQL/MariaDB database, as prerequisites to install. Luckily, none of that is very complicated.

One advantage of Seafile is that the upgrade process is very smooth and easy. You can usually upgrade NextCloud via the built-in upgrader or the command line, but I’ve found that NextCloud is more likely to break if I have lots of apps enabled. I’ve had to fiddle around with the database, folder permissions, or web server settings on a few occasions.

The Syncthing installation, outline in its documentation, is a bit different than the other two. Syncthing uses a single binary that you download and run from the command line on your VPS. That binary boots up Syncthing and a web server for you to access and configure which folders you want to share, and with which other machines.

Seafile vs NextCloud vs Syncthing – Which Is The Best?

A lot of you may have thought this would come down to a battle of Seafile vs NextCloud. But there are actually a lot of things I like about Syncthing, and I think you should also give it a try.

First of all, it’s open-source, cross-platform, and the interface is also straightforward to use.

There is a slightly sharper learning curve at the beginning due to the unique installation procedure, but I think investing some time on this great tool will get you syncing files and folders in your network very quickly and without too much infrastructure to manage.

I personally really like Syncthing doesn’t require a centralized server for storing and syncing data. You can still use your VPS as one of many destinations for your files, but you’re not forced to route all traffic through it and use it as the only source of “truth” about your data. To me, that makes it more secure and minimizes privacy risks.

All in all, I’m pretty happy with Syncthing and am excited to see how its developers will make it more feature-rich in the future.