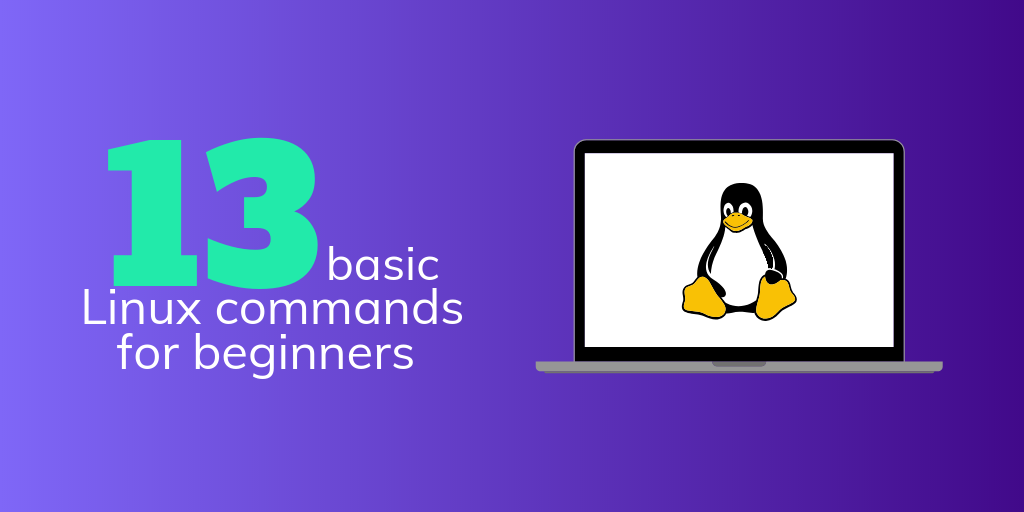 About 90% of the Internet is powered by Linux servers. And if you want to manage or deploy applications on a Linux server (like a VPS), you'll need to know some basic Linux commands.

For Linux beginners, the Linux terminal (otherwise known as the shell) can be daunting. There's a veritable ocean of Linux terminal commands to learn and understand.

We can't cover them all today, but let's take a look at some of the basic Linux commands you'll need to begin navigating the shell.

The pwd is short for Present Working Directory. It's a command-line utility tool that returns the path to the directory you're in at that moment.

Use the P switch to find the full physical path if you have traversed inside a directory which is symbolically linked.

The cd command stands for “change directory,” and it allows you to navigate from one directory to another.

To navigate to a particular folder with cd command, pass the folder path as the parameter, like so

With no options, the cd command changes the working directory to the user’s home directory.

Another way of doing the same i.e to navigate to the home directory quickly is to use the ~ switch.

You may want to navigate to the previous working directory without typing the entire folder path again. cd - does exactly that.

The mv command is a utility command that moves files and folders from one location to another. The mv command can move a single file, multiple files, and directories.

To move a single file using mv, pass the name of the file that needs to be moved as a first parameter and the new file name as a second parameter. In this case mv commands renames the filename.

To move a group of files to a folder, pass the name of the files followed by the destination folder name with cd command.

The rm command is short for "remove." It's used to delete files and directories.

Be cautious when you use the rm command because once a file or directory is deleted, you cannot recover it later.

To delete a single file, just pass the name of the file along with the rm command.

It is also possible to delete multiple files at one go.

To delete a directory, use the -r switch, which means to delete all files and folders recursively.

To perform deletion safely and interactively, use the -i switch, which prompts before each delete action is performed.

If you want mkdir to give details of what operation it is performing in the process of creating directories, use the -v switch.

ls is the list command in Linux, and it shows full list of files or contents of a directory. Just type ls and press the Enter key. The entire contents of the directory will be shown.

Use the -l switch to show the list of files of the current directory in a long list format.

In Linux, hidden files start with a . (dot) symbol and are invisible to the regular directory. The -a switch will list entire contents of current directory including the hidden files.

touch is a Linux command that's used to quickly create a text file.

To simply create a blank file with touch command, use the following syntax.

You can also use touch to modify the access and modification timestamps of files.

To change the access time of a file use the -a switch with touch command.

To change the modification time of a file use the -m switch with touch command.

To change the both the access and modification times use the -a and -m switches together.

To change the access and modification time to a specific datetime, use the -t switch and specify the datetime in the format [[CC]YY]MMDDhhmm[.ss].

The less command in the Linux terminal is used to view files. It's similar to the more command, but allows navigation in both forward and backward direction. less does not need to read the entire input file before processing, so with large input file it starts faster than other text editors like vi.

To view a file using less, just pass the filename along with the less command.

You can now navigate to the file using the navigation keys. Few of them are given below:

To get the LSB distribution information, use the following command.

To display the single line text distribution, use -d switch.

To display the release number of the distribution, use -r switch.

To display the codename according to the distribution release, use -c switch.

The lsb_release command with -a option displays all the information for the Linux OS you’re using:

The uname command is used to display the software- and hardware-related information such as the kernel release or version, processor type, hostname, etc., in your Linux system, and is built-in with the shell.

To display all the information of a system, use -a switch with uname command.

The output of the above command will display following information.

Rather than displaying all the information, it is also possible to get information about your point of interest with the following switch along with uname command.

history is a very useful command that displays all the commands that have been used recently. In its simplest form, just run the history command with no optiosn and it will print out the bash history of the current user in the terminal.

The output of history command displays line numbers. It is also possible to repeat a command by specifying its line number.

For better view of the output of history command, filter it with less command to view the output one page at a time.

Alternatively, if you want to view just the last 10 commands, filter the output of history with tail command:

To view the last 30 commands you have entered, pass the number i.e 30 as a parameter of history command.

The history of commands is stored in the file ~/.bash_history by default. If you run cat ~/.bash_history, it will display all the commands that you have entered but will not include the line numbers or formatting.

The process status command (ps) displays information about active processes in your system. It is generally used to find process identifier number and supports searching of processes by user, group, process id or executable name.

In the simplest form, ps command displays the running processes for a user within the terminal window. To invoke it, just type ps in the terminal.

The output of the ps command will show the rows of data containing the following information.

To view all the running processes in your system, use either of the following commands.

To view more information about processes, pass the -F option with the ps command.

To find daemon processes running in your system, use the -d switch.

You can also find information about specific process by filtering the output of ps command with grep.

To view all processes owned by a user, use -u switch by specifying either user ID or user name.

A common and convenient way of using ps to fetch more complete information about the processes running in the system is to use the following command.

In a nutshell, the aux options allows one to view all the running processes in a system in BSD Unix style. The output of ps aux will contain following fields.

One of the most widely-used commands to monitor processes and system resource usage on Linux is the top command. It is installed by default on every Linux distribution. The processes are displayed in a list with multiple columns containing information like process name, pid, user, CPU usage percentage, memory usage percentage, and more.

To view the running processes, just run the top command without any options like below.

The output of the above command contains a lot of information about the system. The header areas includes uptime, load average, cpu usage, memory usage data.

The process list shows all the processes with various details in a separate columns. The following column names are included in the output of top command and are as follows.

The top command updates the information on the screen every 3.0 seconds by default. To change the update delay time, press the d key. top will ask to provide the time interval between each refresh.

By default the top command displays only few columns. If you want to add/remove columns or change the order of columns, then press the f key.

In the following screen, you will find few fields are marked with * and they are displayed in the order in which they appear in this list. Navigate to the list using up/down arrow keys and press the d key to toggle the display of that field. Once done, press the q key to go back to the process list.

As a Linux beginner, you'll find yourself forgetting exactly what your commands do from time to time. That's where the man command can be a lifesaver!

The man command will give you information about Linux commands, including its usage options and the various arguments it accommodates.

To learn more about a command, just run man followed by the command (in this case, mkdir)

Will return this output: 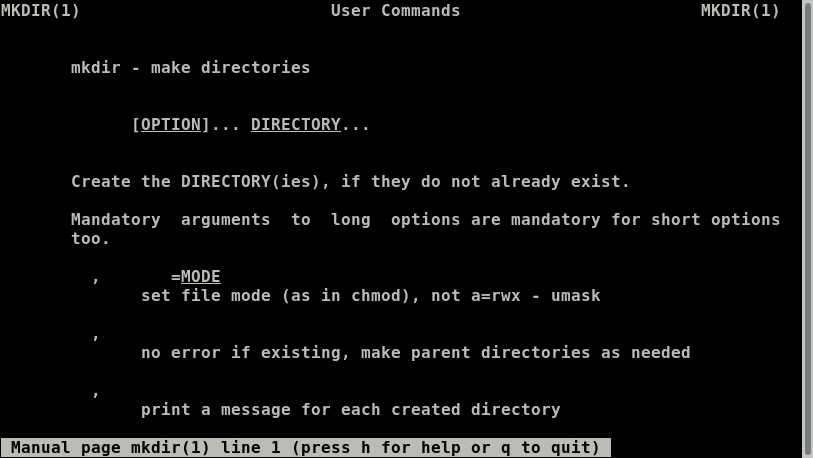 Okay, those are your 13 basic Linux commands!

Now that you have a few basic commands at your disposal it's time to dive into the Linux terminal and start learning how it works. With time and practice, it’ll become easier for you to maintain and configure Linux servers quickly.

In the meantime, sign up for to the Serverwise newsletter to get regular updates that will help you master Linux (and all your development) faster! 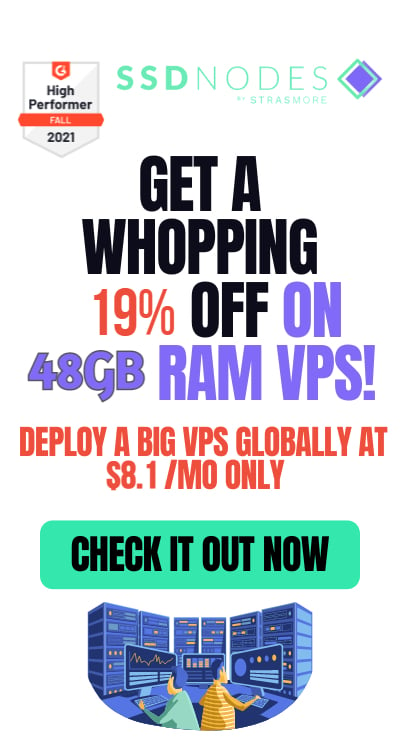