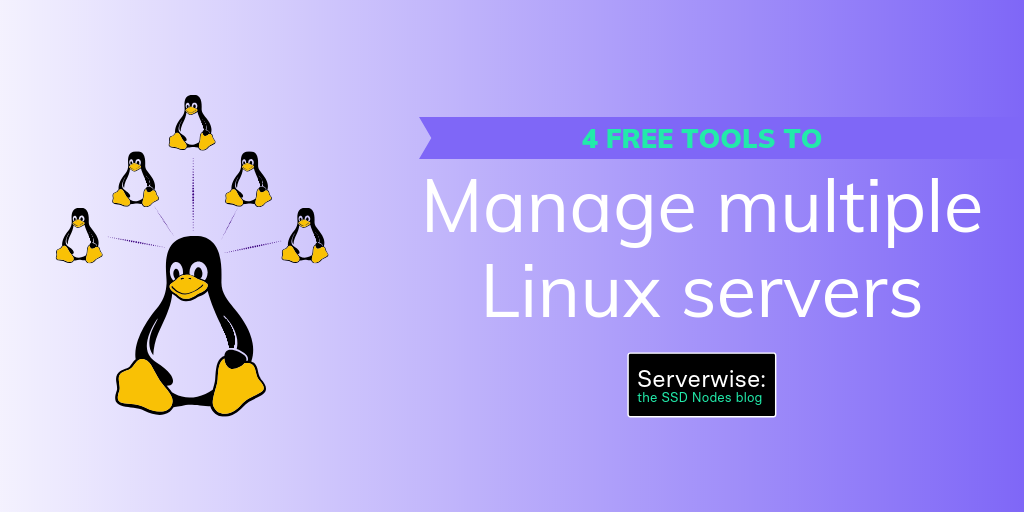 If you've got more than one VPS running then Linux server management can give you nightmares.

If you're like a lot of our readers, then you've got quite a few Linux servers deployed. And that means one of your biggest challenges is figuring out a simple way to manage all your servers from a single place.

SSHing into different boxes to perform tasks like apt upgrades or restarting services is a killjoy.

Yeah, I hear you out there saying...

“Oh! You haven’t heard of multi-tabbed SSH tools like SmarTTY?”

Listen, if you think multi-tabbed SSH tools are cool...well...

Prepare to be blown away by how easy it is to manage your servers with these convenient but powerful tools.

To qualify for this list, the software must be: 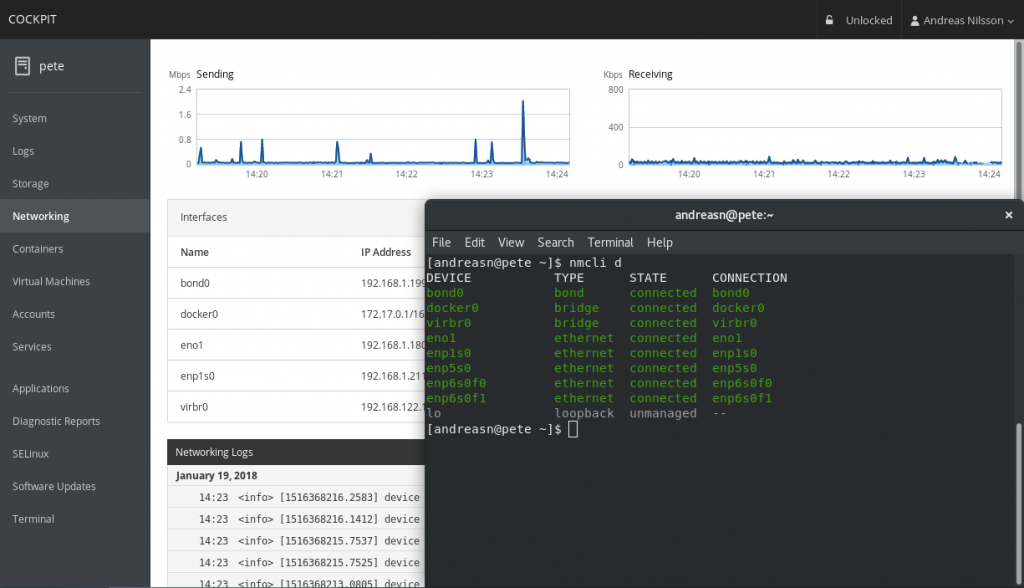 Developed by RedHat, the Cockpit for Linux project really catches my eye. It's available to install via the regular package managers (such as apt/yum on Ubuntu/CentOS). It lets you manage services, add/remove users and much more via a web UI or for the seasoned sysadmin, via the terminal.

You can start stop services (irrespective of whether they were started through Cockpit or not). It is easy to look at how storage is used and administer drives.

Cockpit even supports container management giving you a list of available containers and their status (CPU/memory usage).

To manage multiple Linux servers, you can install the software on multiple machines and mark one as the master. From within the Machines option of your Cockpit dashboard, you can view details of the other VMs through neat graphs. 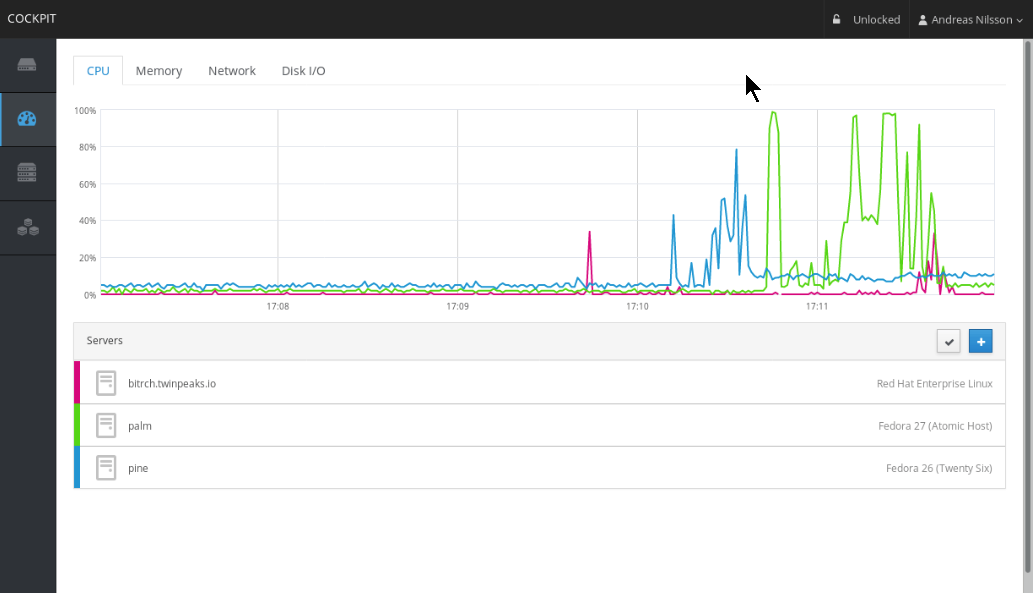 Cockpit connects to your other Linux servers using SSH keys, so you don't have to worry about compromised passwords.

WebMin is another open-source tool for Linux server management. It allows you to manage multiple servers using a web interface instead of relying on the terminal.

You can manage Apache Virtual hosts, even edit MySQL tables. There are various other extensions available that allow you to manage mail servers such as Sendmail.

While you don't have access to the full-fledged terminal, you can run commands through a custom shell.

The limitation however, is that this is not interactive-- if you have to run a script and respond back to a script question, it's not possible. Webmin recommends to install the Shell in a Box module (provided by Webmin) along with instructions on how to configure it. This is a Java module just as the Webmin File Manager.

To manage multiple servers, use the Cluster Webmin Servers module and install webmin on all your servers.

Identify one server as the main and connect to the others using user name & password. As a cluster, you can synchronize software updates, clone users and manage cron jobs.

In addition to allowing you to manage multiple servers for free, you can add on an additional product called VirtualMin (from the same company as WebMin) that helps with setting up virtual hosts, manage DNS zones etc.

Click here for a tutorial on how to install WebMin on Unbuntu 18.04.

Nagois has a paid version for Enterprise users but the core version is 100% free.

The main features for monitoring multiple Linux servers (and getting statistics) are available in the Core version. While the interface looks like it stepped out of at time machine from the 1990's, it has an impressive range of functionality. 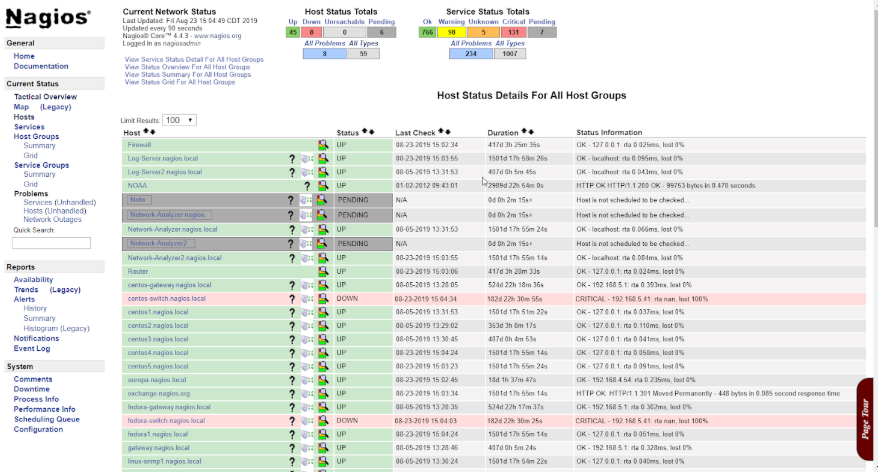 Nagois is extendable and you can create custom workers which perform functionality that is not available in Nagois core, such as a custom check using SNMP.

To manage multiple Linux servers, you need to install Multi-Nagios Tactial Overview system. Currently, the installer script works only on RHEL and CentOS. This gives you a high-level overview of various servers. The child servers provide information to the main Nagios server. The child servers work on the resource intensive tasks such as performance graphing, allowing you to add many servers to a single Nagios server.

We talked about ISPConfig in our article on free cPanel alternatives and, while it's a great tool for Linux server management even if you've got just one server, its true power is unlocked when you need to manage multiple Linux servers at once. 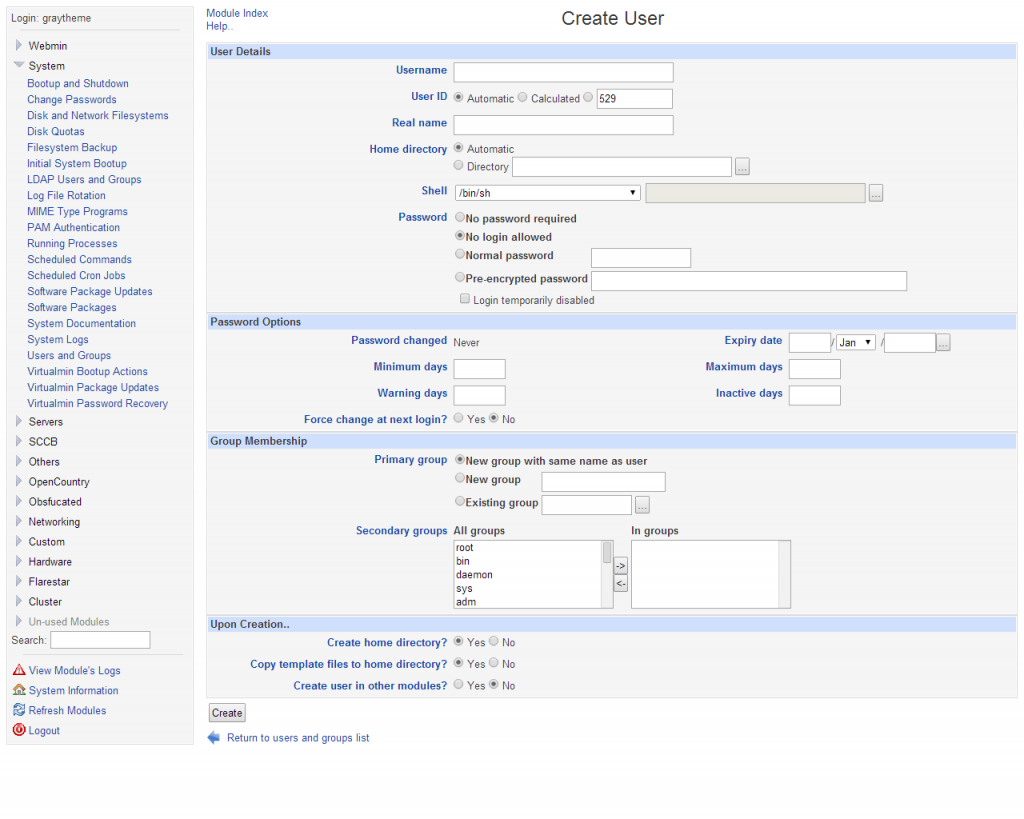 ISPConfig is an open-source server monitoring system primarily aimed at webmasters who manage multiple sites on one or more servers.

This shows as they have a good user management system with multiple levels such as Administrator, Reseller, Client and Email. ISPConfig doesn’t have terminal support, but you can configure VMs on an existing server.

The installation is multi-step and is typically aimed at sysadmins with a medium level of experience. To install on multiple servers, you will need to configure the first server as the master and setup additional servers each with a particular task to perform (DB/Mail/DNS etc.)

Managing multiple servers can be a pretty intimidating task if you've never done it before (or if you've tried and...well, didn't love it).

But thanks to free tools like the ones on this page, it doesn't have to be a scary experience.

Now you've got a few tools that you can use for managing all of your servers from one central location. So, go ahead-- push yourself to the next level and start managing multiple servers at once. It'll make your life a whole lot easier. 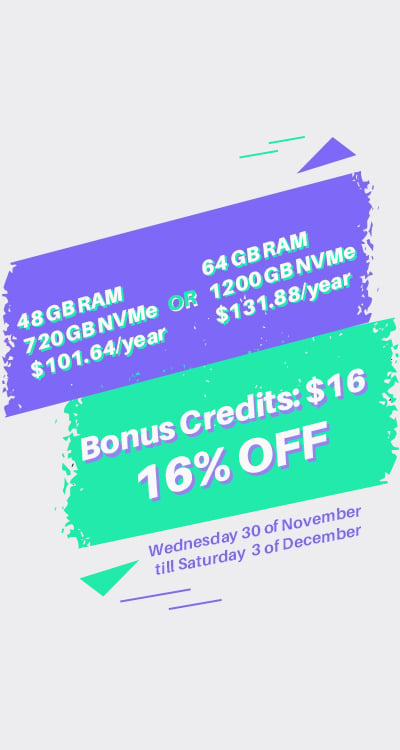